What are Battery Energy Storage Systems?

Battery Energy Storage Systems (BESS) are rechargeable battery systems that store energy to be used at a later time. During the day, clean solar energy is used to charge the battery storage system. These systems are typically used to cover peak load coverage and provide grid stabilization.

Grounding schemes of a BESS

There are  two types of grounding that are currently being used with BESS.

Why is the ungrounded system more common?

A solidly grounded system has one conductor tied to ground intentionally, which serves as the return path for current during a ground fault. A single ground fault on a grounded system will generate high amounts of ground fault current, which is why the BESS must be robust and resilient. This high current will either shut the system down or cause system failure, most commonly via a fire.

Dangers of an undetected ground faults

Although the system can continue to run during a first fault, it is vital that the fault is cleared as quickly as possible. If a second fault were to develop on the opposing conductor, a phase to phase or line to line short would be created through ground.

Imagine a scenario in which one fault has developed and there is a high ohmic fault on the opposing phase. This may not generate enough current to trip over current protection, however, it can generate enough power to cause a fire. Unfortunately, this exact situation is not just theoretical, it has happened in numerous solar and BESS installations.

How to detect and locate faults

Now that we understand the dangers of undetected faults, let's discuss how to properly protect against them. In a solidly grounded installation, a Bender DC sensitive residual current monitor can be used. These devices can detect leakage currents within different parts of the BESS, including at the module, pack, container and/or inverter. In an ungrounded installation, a Bender insulation monitoring device (IMD) can be installed to detect faults between isolation points. This would most commonly be from the battery to the first isolation transformer. Furthermore, a ground fault location system can also be installed to automatically locate and isolate the fault to the desired level.

BESS DC voltages can drastically vary depending on the configuration of the batteries and the application. For example, a small home scale system may carry a DC bus voltage of 300VDC. A large utility grade BESS may operate at 1500VDC. There are also many installations in between that operate between 700-1100VDC. It is important to determine the maximum DC voltage so the correct ground fault detection and location device can be selected.

As you can see, ground fault monitoring and locating on BESS does not have a “one size fits all” solution. It is vital to speak with an industry expert to determine the correct implementation and devices to use for a safe and reliable BESS. Don’t let a ground fault compromise your system safety. Speak with a Bender representative today for additional information and assistance. 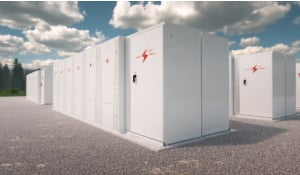 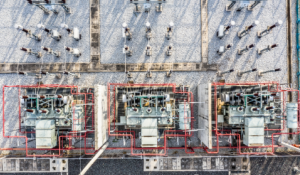