Richard Pekelney, a member of San Francisco’s Maritime National Park Association, has used many Bender products over the years. Most recently, Mr. Pekelney had a need for a product that could monitor and identify electrical issues on the USS Pampanito, a Balao-class submarine that has been preserved by the association. Bender was delighted to assist by donating several Insulation Monitoring Devices from the ISOMETER® Series, which are specifically designed for marine and naval applications. The Bender iso685W-D-P was the perfect fit for the USS Pampanito as these devices can monitor, annunciate and locate insulation failure. The iso685W-D-P is intended for highly-corrosive environments and can withstand high levels of humidity, vibration, and other environmental conditions found on naval applications.

The details behind the devices

A second Bender IMD was installed on the ungrounded output of a 75 kVA transformer that supplies the boat's historic AC Motor Generator set circuits to the modern 40 kVA DC rectifier. It read 440 kΩ when installed.

The three IMD’s are configured to trip warning indicator lights when any one of the monitors falls below 40 kΩ. The team added an indicator light, visible to the Pampanito staff while doing their normal safety checks on the boat. There are also indicators in the battery tank and can be checked over the local internet network.

Inspired by the networking capability of the IMD, WI-FI internet access has also been added to most of the boat. This allows the crew to remotely check the Bender IMD’s while finding ground-faults without entering hazardous areas, such as the battery tank.

Mr. Pekelney states that, “The (Bender devices) are working well and with them we are learning more about locating and fixing problems on the boat.”

Undergrounded systems are infamously known for being difficult for locating and mitigating ground-faults due to insulation failure. Bender is electrified to extend its unique technology to help keep this historic museum stay in a safer operation and with the ability to inform crew when an issue rises and needs attention. Thanks to the installation of this technology, Mr. Pekelney and the entire USS Pampanito team can plan for outages and make any necessary repairs without interrupting the normal flow of visitors.

During World War II, the USS Pampanito completed six patrols, during which she sank six Imperial Japanese ships and damaged four others. Annually, the USS Pampanito hosts over 100,000 visitors and an additional 1,500 kids participate in Pampanito’s educational days and overnight programs. The USS Pampanito undergoes on-going maintenance as ships are the only museum artifacts that are regularly stored in a corrosive environment (salt water).

The Bender Group is proud to be a partner in this project and we wish the entire team at the USS Pampanito success with future projects and we thank them for keeping a piece of our nation’s history alive and accessible for all those that are interested in military history. 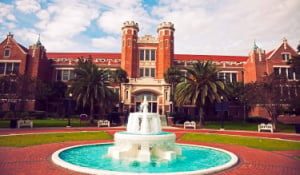 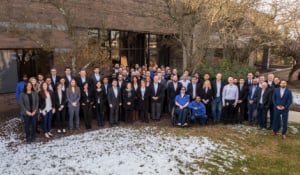 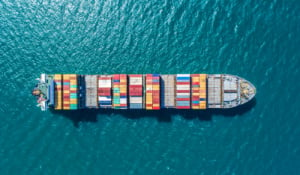