In the United States, many facilities have slowly begun the process of upgrading their operating rooms to “hybrid” operating rooms. Hybrid operating rooms are equipped with advanced medical imaging devices such as C-Arms, X-Rays, and MRIs, in addition to the standard surgical equipment found in traditional rooms. With the high electrical demand, it became imperative for one facility to upgrade its isolation power systems that provided safe, reliable power to life-saving equipment.

Through our service partner, Bender was approached by a well-known cancer center looking to upgrade its isolated power systems in 32 operating rooms. The operating rooms originally had obsolete legacy panels dating back to the 1980s. The rooms and power distribution systems were in dire need of an upgrade to modern standards and design. To power the upgrades to the medical equipment in these ORs, the facility had a few unique requirements.

To minimize construction, the facility wanted to be able to keep its existing wall boxes and transformers, only upgrading the interior assemblies that housed the load center. With 1-3 panels within each operating room, this would allow for a significant cost and time reduction. New wiring would be minimal, no tile construction would be required, and the facility would maintain the original doors on the panels. During the evaluation of the project with the service partner, the facility found value in adding additional safety features to their panels. These added features included system load monitoring and branch fault location detection to select panels. This would provide real-time monitoring of crucial electrical systems, and in the event of a failure, Bender systems would quickly and automatically identify the issue; assisting technicians in shortening repair time and minimizing operating room downtime.

With the new upgrades to the power panels including a series of remote annunciators, the facility needed a way to effectively monitor all systems from a single convenient location. In this case, that location would be the nurses’ office, where surgeries are monitored, along with other critical systems. The last requirement the facility had was to have the system be completely isolated from its network and computer systems; in other words - no hardwire or wireless connection to any existing hospital computer and/or network.

For the first part of the solution, Bender was able to provide a “drop-in” custom interior assembly with a brand-new load center with bolt-on style Square D circuit breakers. The assembly also includes a new modern HDL frame main circuit breaker(s), aluminum ground bus bars, and Bender’s latest LIM2010 Line Isolation Monitor. The interior assembly was designed to minimize installation and wiring. The customer would simply disconnect their old wiring, remove the old interior assembly by way of four flange nuts and install the new assembly without any modification to the enclosure, trim, or wall.

NEC 517 and NFPA 99 require the line isolation monitor to be visible and audible within the operating room. In cases such as this where the LIM is not visible, a remote annunciator must be utilized. Since the existing panel design had the LIM behind the trim door opening, Bender provided an MK2000 series remote annunciator to comply with UL standards. Each interior was retrofitted with an additional power supply to provide power to any existing older style remotes, and MK2000 remotes in the upper right-hand corner of the panel. Each remote and LIM has RS-485 BMS communications capability to provide real-time status to a centralized location.

Select panels were also fitted with Bender’s EDS441 fits for ground fault detection. This add-on provides the location of the faulty circuit in the event of a ground fault or excessive leakage alarm. Each panel had an EDS kit capable of monitoring up to 16 circuits as well as compatible current transformers that evaluates the faulty circuit during an alarm.

The final part of this solution involved bringing all of the monitoring data from the various LIMs, remotes, and EDS units to one centralized location. As mentioned earlier, this facility was very large, and running RS-485 communications wiring was a daunting challenge. To make this implementation easier, Bender decided to install a communications hub in each quadrant of the hospital using Bender’s COM465IP COMTRAXX Communications Gateway. Each gateway was installed in the drop ceiling to allow for easy wire routing from the rooms up to the ceiling to the modules. Bender also provided painted, surface-mounted, galvanized steel wall boxes, and stainless-steel covers to help protect the devices.

Each COM465IP gateway can communicate over RS-485 and Ethernet. The idea was to bring in all RS-485 devices within a quadrant to their own gateway; essentially creating four independent RS-485 communication chains. From there all the gateways, using Ethernet, would communicate with Bender’s CP907 Touch Control Panel via an Ethernet Switch. This created a redundant communications network that was easy to install and much faster than traditional RS-485.

With this configuration, we were able to limit the number of wire runs and able to limit the number of devices on a particular chain. This resulted in an easier install as well as increased communications speeds. In the event a device or gateway would go down, it would affect a minimal number of devices. It also created multiple points of access to Bender’s COMTRAXX Webserver for configuration and real-time monitoring should one device go offline.

With the addition of Ethernet communications, we were able to create subsystems named by location: North Wing, South Wing, and so on. With the number of devices in this network, the subsystems created a way to organize the devices, making it easier for nursing staff to monitor and locate affected devices in the event of an alarm. 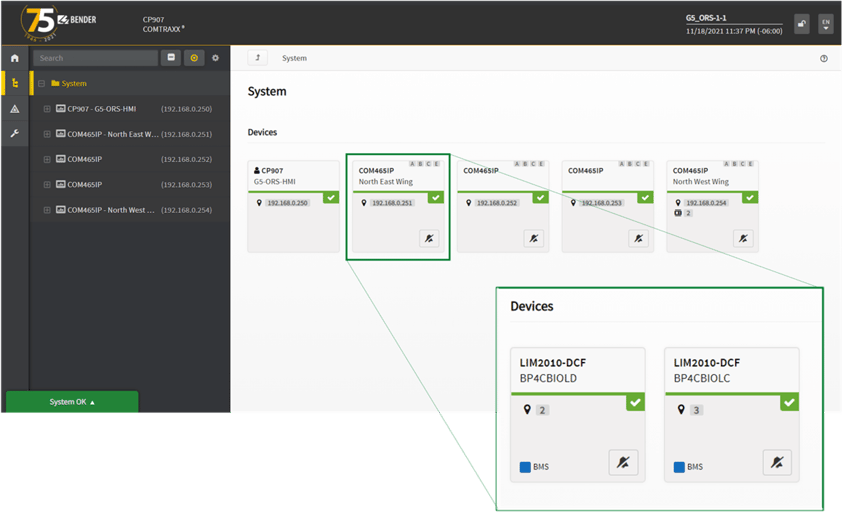 The CP907 touch control panel was outfitted with a customer interface that showed the real-time status of all the isolation power panels and accessories. The panel was installed in the hospital’s nursing station where it provided a visual and audible indication of any device errors. It was provided with a galvanized steel wall box and a stainless-steel front cover, complete with an ethernet switch and power supply. From the touch screen, the COMTRAXX webserver was accessible to provide additional information and device configuration, while being password protected to minimize unauthorized access or changes. The interface was designed with multiple pages to accommodate the number of devices. The devices were organized on the screen like the communications network. Each page represented a particular quadrant of the hospital with tabs for each operating room.

Nursing and maintenance staff could select the operating room in question and show additional information about the panel(s) within that operating room. The room layout showed the total hazard current from the LIM, the system load as a percentage of total capacity, a test button for the LIM, and if equipped, the status of the fault location system by circuit.

In the event of an alarm, both the device causing the alarm and the CP907 will provide visual and audible feedback. The CP907 has custom alarm capability in that you can customize alarm messages, colors, alarm tones, and which devices you’d like to be notified about. In this application, excessive hazard current alarms are shown in red, device errors in yellow, and communications failures in blue. Each alarm has a different audible tone and shows the device in question, and a custom message alerting staff to contact facilities maintenance. 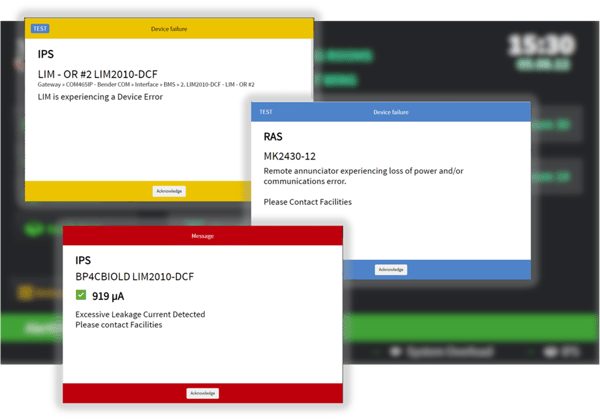 Image 6: Examples of system in alarm

Bender’s CP907 Touch Control Panel provides a modern, cost-effective solution for monitoring many devices utilizing both RS-485 and ethernet communications. It can be easily installed in new or existing applications at a nurses’ station or within the operating room itself. It provides real-time monitoring and configuration of all compatible Bender devices along with further expandability with Modbus RTU protocol. With this, the CP907 can be used to monitor and control things like HVAC systems, surgical lights, and much more.

The device is completely customizable to client specifications regarding the user interface. Custom colors, logos, and buttons can be provided and modified at any time. All configuration is done via Bender’s COMTRAXX webserver software which is completely web-based and does not require any local software installation. It is compatible with any network-capable device such as Mac, PC, iOS, or Android. The CP907 is a modern touch screen solution that is both cost-effective and meets the demand of surgical facilities in capability, aesthetics, and hygienic standards. 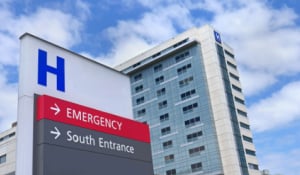 What is the Difference Between Grounded vs. Ungrounded Lines in an Operating Room? 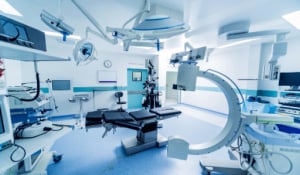 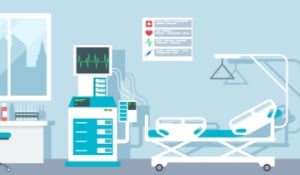